Hey there!! I'm a Minnesota based wedding and portrait photographer who loves a cold beer on the patio with friends (and maybe some chips and salsa) or just hanging at home with my husband and 2 pups.  Most days you'll find me with a messy bun and in yoga pants! Can't wait to meet you!

We Can Do Better

I’ve been trying to write this blog post for almost a week. I’ve had trouble finding the words, and I don’t want to say something “wrong” or offensive to anyone. But this year has taught me so many things and one is that racism is far more prevalent than my white privileged self ever realized. I always thought that since I didn’t feel I was racist, that was enough. But being anti-racist means doing more. Talking about it is uncomfortable but one thing I’ve realized is that we can’t move forward and be better unless we DO talk about it. We need to get uncomfortable. We need to have open conversations. And most importantly we need to listen. So I reached out to some people that I respect and asked them to meet me and talk about how they’re feeling and their experiences. And I listened.

Jannie, Gia, Cahlil and Ben shared so many things with me. Their feelings ranged from frustration because “this kind of stuff has being going on for a long time”. It’s not new news to them. And it’s frustrating that people are seeming so surprised by it.

They’re cautiously optimistic that things will get better. They feel like their generation is going to change things, and I so agree with that. This younger generation is more open and accepting and they feel with the social media reach, that so much can be learned, and so many people can be reached.

I was surprised by some of the things that I ignorantly hadn’t realized before. Many high school history classes don’t teach the real story. And if you want to learn about “African American history”, you have to take that class, it’s not part of the required history class.

All of our money has white men on it. And some were actually slave owners.

They mentioned they often feel they have to be twice as good as a white person to get the same job.

And if you think the KKK doesn’t exist in our area, you’re wrong. Some of these kids, while attending a peaceful protest, saw a group of 50-100 march down Victoria St with their guns visible as they marched past them.

I’ve learned that reading headlines or listening to the news is very rarely, if ever, accurate. When I first heard the phrase “defund the police”, I thought of the movie “The Purge”. I thought it was nuts to think we should abolish the police! But then I researched it, and realized it’s about getting more of the money to social workers and teachers and programs that can help prevent problems. And it also gets the community involved more so that our police officers don’t have to do everything from rescuing baby ducks in a gutter to advocating for someone with mental illness.

This isn’t about choosing sides. This isn’t about whether police are good or bad. Because I can tell you that I have lots of friends and clients who are police officers and they are SO good! They’re the ones who rush into scary situations to save people. They volunteer their time with disadvantaged youth. They do so many good things.

This is about so much more. This is about the racial injustice that has been going on for hundreds of years and how much of it is still so prevalent, and many of us don’t even realize it. Years from now, when my grandchildren ask about this time, I want to be able to say, yes things were unjust. So I had tough conversations. I had to look deep within and realize what I had been taught at times wasn’t right. I listened and I learned. And I did my best to make sure I did better.

So if you’re wondering what you can do, here’s some ideas from @mommy_brain: Speak up when family members or friends make racist or stereotypical remarks or jokes, Teach your children to celebrate the differences of humanity by “seeing color”, Acknowledge your privilege and do a routine check of your biases (we all have them), Read books featuring diverse characters and authors, LEARN black history and LISTEN when people of color share their life experiences.

Jannie, Gia, Cahlil and Ben, thank you for your honesty, your openness, your insight and your time. I am SO appreciative of you. And I have no doubt, the four of you will make this world a better place. 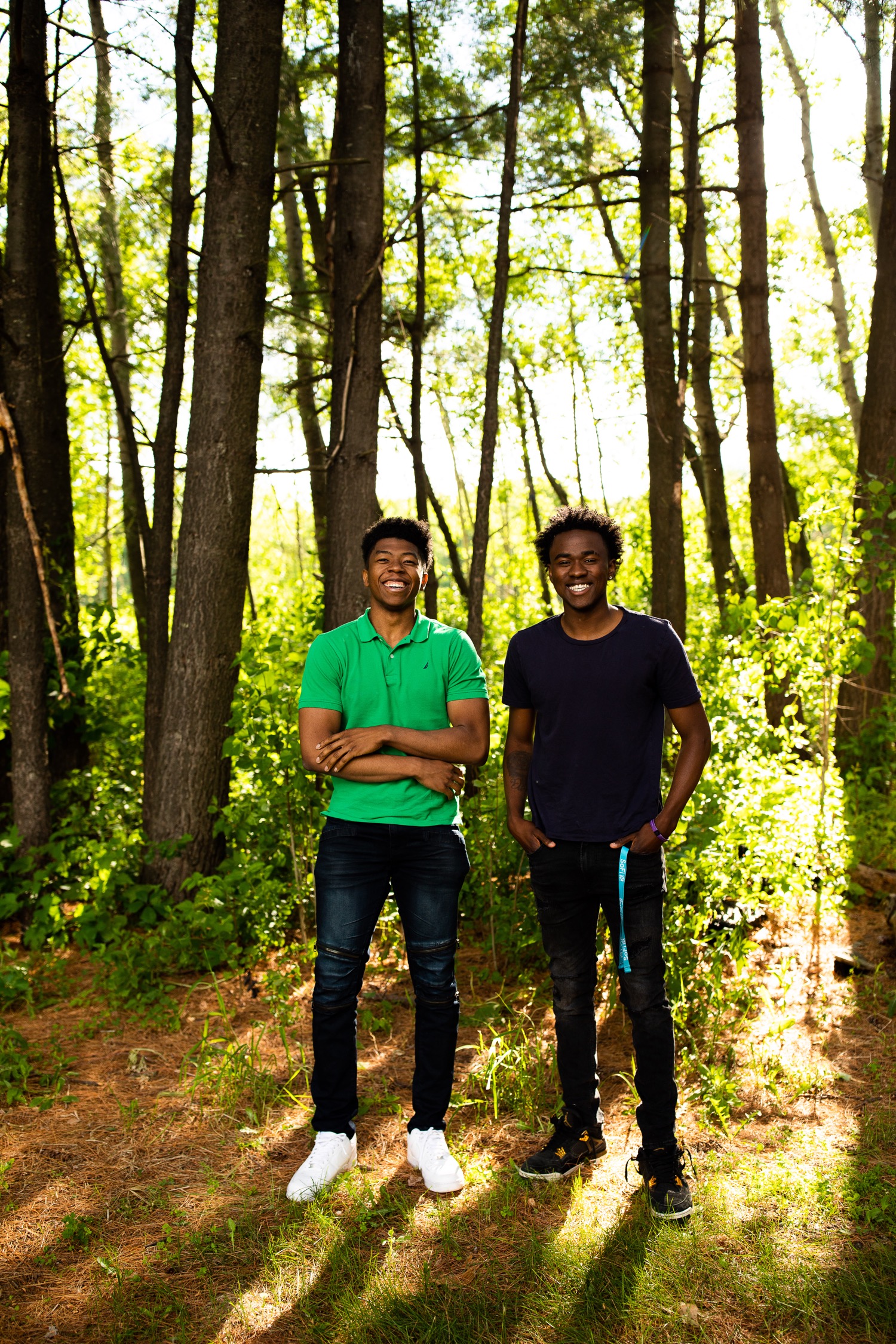 This site uses Akismet to reduce spam. Learn how your comment data is processed.

find your way around

find your way around

Be the first to know when mini session dates are offered and other fun details!

Nailed it! Head on over to your email and confirm your subscription. Make sure to add us to your contacts so all future emails end up in the right place!